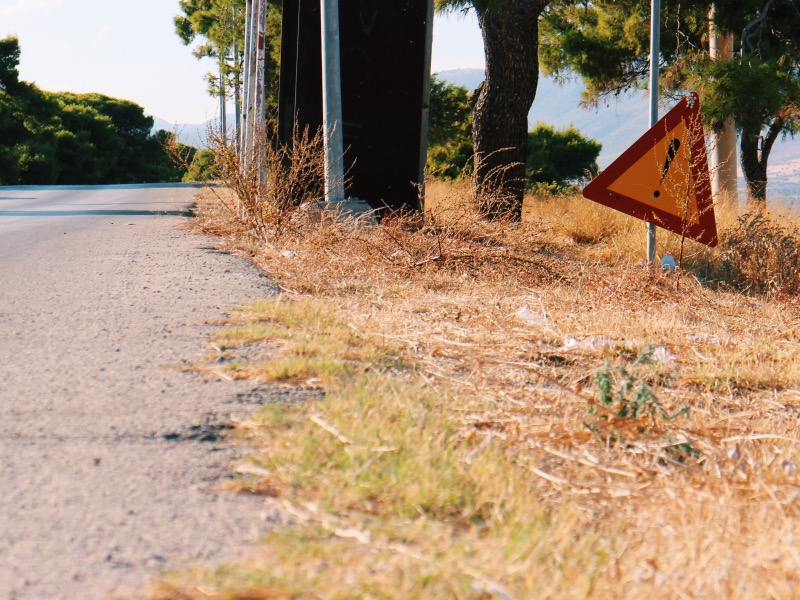 Human Tales and the Voyage Into the Unknown

By now we have arrived in the northwestern corners of Greece. We have been travelling for almost two weeks now. Time to look back at what we have experienced so far.

I can remember the day my friend Lovis approached me and told me about his and Robyn’s idea. It was quite simple. We would walk through Europe, from Athens to Gibraltar, and write about our journey, take pictures, share our experiences and stories with the world. We would do so for half a year. For a 21 year old unsatisfied student an offer like this is irresistible. There is not much too loose (at least not with that invincible mindset you have when you are young) and a whole lot to win. First and foremost unforgettable life experiences, stories that you will tell your grandchildren when you are old and look back at the adventures of life. For me it was the idea of an adventure that would shape my character and potentially change my future life that made the decision a no brainer.

I think all of us have our own reasons for being where we are, somewhere in north-western Greece with 20kg backpacks and without a clue where the next day might take us. And yet, we all share the same urge to experience the world in new ways, to find and live the stories we all seek out. When the plane to Athens took off, I wasn’t sure what to feel. Part of this was due to my tremendous fear of flying, but also due to the fact that none of us really knew what we were getting into (a fact that hasn’t changed much along our journey). You can prepare as much as you want to, in the end, you will never be prepared.

None of us had ever been to Greece before, but of course, it was impossible to avoid hearing stories from Greece prior to our trip. The crisis had been dominating German media coverage for months and definitely influenced the expectations we had when we finally arrived. One thing you quickly come to realize while traveling is that you most likely will always be unsatisfied to a certain extent. Not because you aren’t gaining valuable experience, seeing things you never have before and talking to people from all over the world, but because you will constantly come to the realization that while you have seen a lot of a place, you actually still don’t have a clue what life really is really like there. You come to the conclusion that to capture the essence of a place, the spirit of its people, you would probably have to spend years there and even then the task is basically impossible.

What we can do is reflect upon that which we see and the experiences we have. We can use our prior knowledge to put certain things into a broader context and can try to fill the holes with guesses. And then we can finally admit that we know little. But in the end, isn’t culture the sum of millions of little stories? Stories that are somehow intertwined to one degree or another? We didn’t see much of Athens, the same way we didn’t see much of Salamina, the island we stayed on and walked through on our way to Corinth. But we did walk through the district of Omonia located in the center of Athens. We talked to some people like the owner of the hostel we stayed in and interacted with others in the shops we visited and faces we exchanged.

And through those interactions we got a glimpse of Athens and the area we were staying in. We were told how the city has lost some of its spirit and it was easy to believe this standing next to half empty buildings and passing through worn faces on the streets. Yet we will never know how Athens was before. We also realized that many people had connections to Germany. And I am not talking about the skepticism we were expecting because of the current political situation. Many people we talked to had relatives who lived and worked in Germany and some of them had done so themselves or were at least planning to do so. In fact one thing I learned was that the Greeks we did talk to seemed to be able to clearly separate their feelings towards German politics and their feelings towards the actual human beings standing in front of them. Something I believe many Germans could learn from them. And like everywhere in this world, we learned how different perspectives can be and how heterogeneous the lives of people living in the same place are.

On the island of Salamina we had the great joy of staying with a kind man and his grandfather. An 84 year old fisherman who could tell stories dating way back to the German occupation of the island as well as stories about adventurous sea voyages that you only read in books. We experienced an atmosphere that was quite different than the one we experienced in Athens although both places are only seperated by a few kilometers. And yet again, we experienced the hardships of traveling without knowing what you really are doing when we walked through the industrial areas of Megara and Isthmia, constantly followed by dogs and their haunting cries against the red darkening sky.

Our story is being written everyday and we are writing it

It has only been a little over a week, nothing compared to the long journey that awaits us. We are yet to become the wise men we hope to be when reaching the gates of Gibraltar. Our beards are still to be pitied, our experiences few, our stories little. But in our hearts we all know that it is the little that makes the grand great. And the grand shall come.