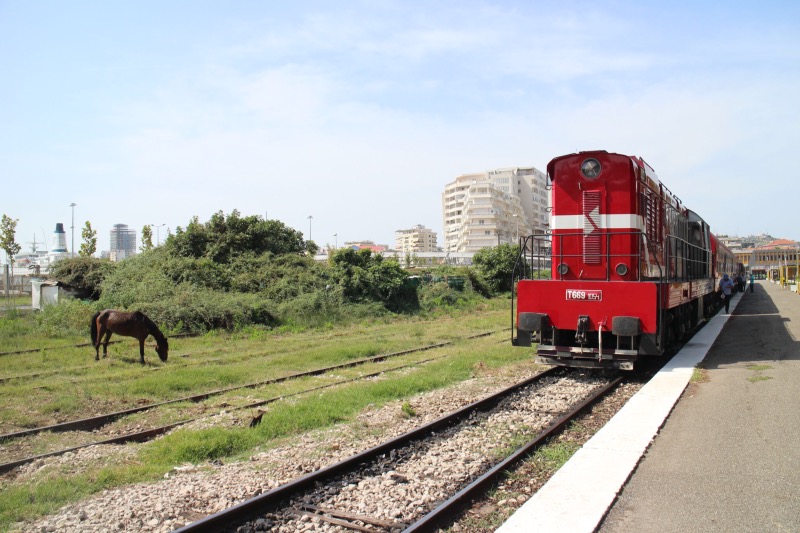 A short introduction into the Albanien infrastructure

It is cheap to tke the train in Albania. A ride from Vora to Shkodra (That is about 90 kilometres) costs less than one Euro. 90 kilometres – 15 stops – 4 hours. But this train might not exist for very much longer. It smells like urin in the cabin with one of the windows shattered; The seats are filthy. It is a noisy ride:

At least for a lot of Albanians the fee for the cheap trains is much more affordable than the one for the small buses. The ones that pelt over the serpentines in the Albanian mountains. The seatbelts aren’t working; A rosary protects the passengers instead. The train is much more slow-paced. There is just one a day going from Vora to Shkodra.
In 1990 the communist regime was brought down. Since then the railway system shrinks more and more. The trains are replaced by private cars. Nowadays the Albanian railway company doesn’t even have a working website. »In the inventory of the Passengers Transport Unit there are 34 wagons in total«, says Eneida Elezi. She is responsible for foreign affairs of the Albanian railway company (Albanian Railways S.A.) The wooden sleepers used in the tracks are rotting, she says, »more than 50% than there are allowed by the conditions of technical utilization of the railway line in Albania.« In 2013 even the train station of the capital, Tirana, was closed. »The Albanian railways S.A. has never agreed for closure of activity in passengers transport«, says Eneida Elezi. Since then the number of passengers has declined even more drastically.

Albania is on its way to join the EU. In 2014 the country became an official candidate to join the union. Today there are a lot of people fleeing from Albania to western countries of the EU. And still one might have to have a class-representatives-mentality to care about Albania. But there are 2.8 Million relevant people living in the country. It is mainly a mountain range in the west of the Balkan. This topography makes building and maintaining the infrastructure especially in rural Albania quite challenging. 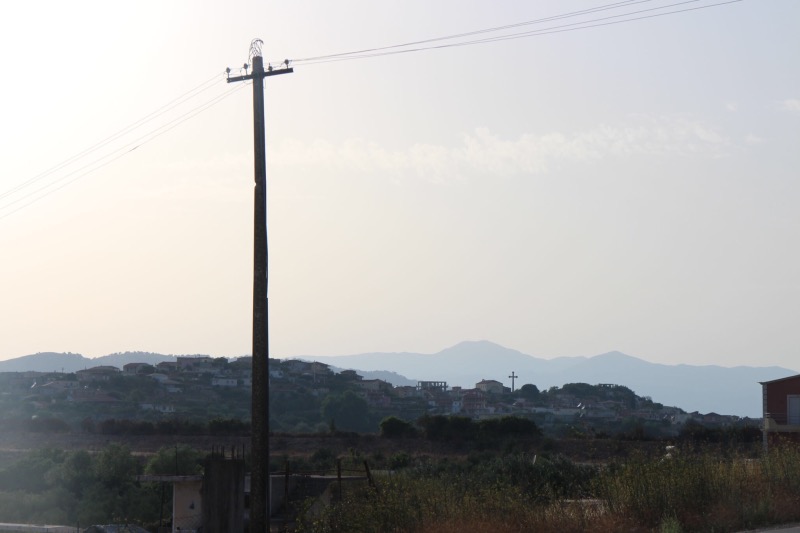 When in 1990 the communist regime suddenly disappeared, like communist regimes used to do around that time, there were no proper landlines in Albania. Luckily, the mobile phone was invented, so that the missing landlines could easily be replaced with portable devices. Today the cell coverage is just fine. Common mobile service providers such as Telekom and Vodafone are very present in Albanias biggest cities. Problem solved.

So everything is fine then?!

No. Admittedly, Albania was lucky when it comes to e-telecommunication. The right technology was available at precisly the right time. But that is just one problem Albania struggled with. Infrastructure is much more than the possiblity to communicate. Another big problem for Albania is waste disposal. In large parts of the country there is no concept to do this. So the villagers collect the waste in temporary landfills close to the villages. Sometimes they even burn the garbage on the fields. That pollutes the evironment. Rain washes out the landfills and flushes the dirt into the ground and into the ocean. The fires distribute it into the athmosphere and farm animals eat whatever they can find in the garbage piles. But the worst thing about all this waste is: It looks terrible. The garbage gets distributed all over the country. Albania would like to be more desireable for tourists. It has potential: Beautiful mountains in the north, great weather and a very long coastline. But when one notices the smell of a rotting dog in the entrance of a hotel it becomes clear: Albania still has a long way to go. 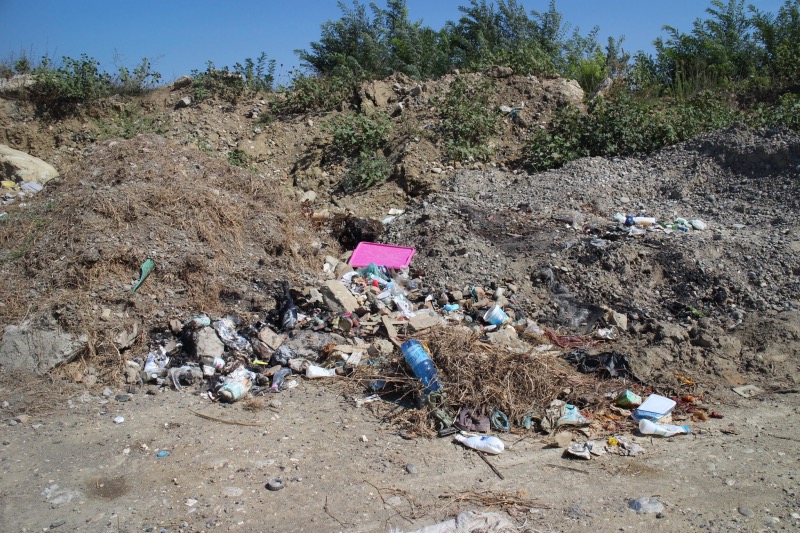