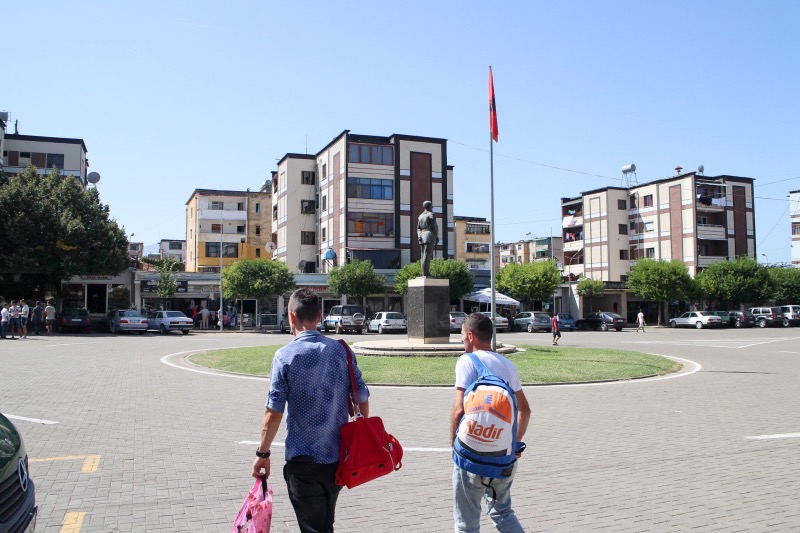 Anything? “Anything”, Dimitri insists. The young man in his mid twenties sits on the large balcony overlooking the bay of Sarandë, a run-down tourism town in southern Albania. “If I could go to Germany I would do anything there, I would take any work.” He has looked into exchange rates, how much people earn on average in Germany and what that money buys you. It strengthened his resolve: He wants to go to Germany.

Dimitri is the administrator of a hostel in Sarandë. Sarandë is a tourist town, however tourists are relatively rare. On the streets, locals are crowding around anyone looking like they are on vacation and beg them to rent a room or buy a busticket from them. “After the summer season is over at the end of August and all the tourists are gone everyone here needs to have made enough money to somehow get through the winter”, says Dimitri. Even though he seems to be relatively well off compared to other residents, he also struggles to make ends meet. “In Sarandë there is nothing”, he explains looking out at the concrete buildings of the city, many of which have never been fully finished and look like skeletons in front of the blue sky. Many of those buildings, he explains, were only built to launder money. No one really has any interest in finishing them.

Just like Dimitri, many Albanians don’t believe they have a future in their country. Since the fall of the communist rule in Albania, the country has suffered from people leaving the country. In 2014 there were 1.25 million Albanians living abroad, while there are only 2.89 million residents left in the country. In Germany there are currently around 200.000 people with Albanian roots. However, most of them are Kosovo-Albanias who fled their country during the war more than 16 years ago. Most of the Albanians who left the country now live in neighbouring countries like Macedonia, Kosovo and Greece, but also in Italy and Turkey.

The political situation in Albania is confusing and difficult to understand for outsiders. It is very intransparent and corruption seems to be a big problem. Despite all that, the country is considered for joining the EU. It will probably take quite a bit more time, before that happens though. There are to main parties in Albania, the Democrats and the Socialists. They usually alternate in government, one party winning one election, the other winning the next one, and as a first step in office tear down what they other has built in the previous years. Sometimes quite literally: When current president Edi Rama of the Socialist party came into office in 2013 he completely refurbished the presidential housing. His supporters believe that the former basketball player (he played for the Albanian national team) and mayor of Tirana is representing an honest and forward thinking Albania. In September of last year though, in unofficial OECD report leaked that named the suspicion that Rama had 200 Million Euros on offshore accounts – the money allegedly coming from bribes during his time as mayor of Tirana. 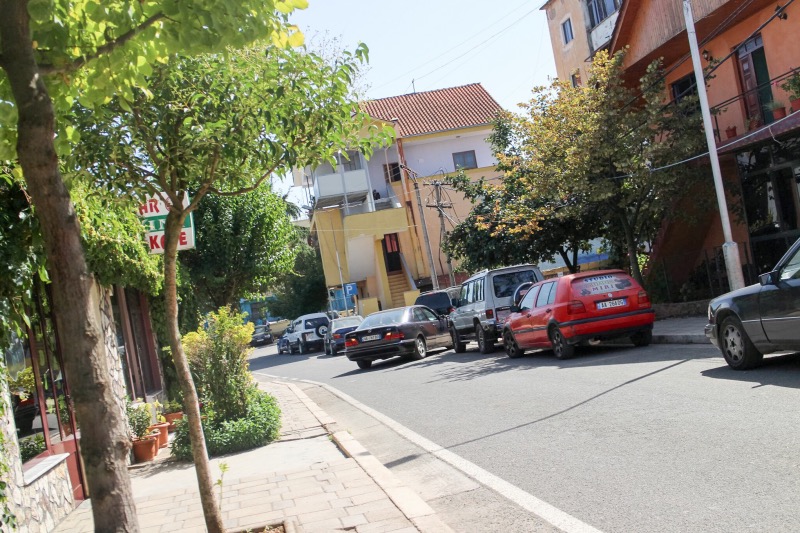 The economic situation in Albania is just as difficult. The biggest concern is the infrastructure. The transport network in the mountain regions is badly built. Most of the streets are unpaved dirt roads and there are almost no trains. In the villages there is at times no running water. No wonder therefore that there is hardly any industry in the country. In the mountains most people live off agriculture and farming. Tourism is important, but only in the coastal cities – and they also have much fewer tourists than cities in Croatia or Greece. In which direction the economy is going in the next few years is difficult to predict, but most people are pessimistic. That’s why they turn elsewhere.

This mass emigraton is posing many problems for Albania. There is the so called brain drain: a lot of the Albanian academics have left the country. Between 1991 and 2008 roughly 40 percent of academics and scientific workers have emigrated. However the brain drain has declined in recent years but most academics are in Tirana while the rest of the country has none. But it’s not only university students and professors from big cities leaving that has an effect on the country. Potential investors are careful because they see well educated workers leaving the country.

Especially in the north of the country villages and municipalities have seen a huge number of people leave in a short period of time. Mat, a municipality north of Tirana, is among the ones that have been hit the hardest. Barbara Richardson is working in Burrel, the seat of the municipality, as a volunteer for the American Peace Corps. “I was told that in August alone, 7000 people have left Mat”, she says. It is mainly the young people who are leaving. The unemployment rate among the 15 to 29 year olds has risen drastically over the last few years. And the less education you have, the smaller are your chances at finding work. Among all registered job-seekers in 2014, 95 percent had no university degree.

Germany has a good reputation among those without perspective. “People here have heard that Germany has been very welcoming and open to take in people from other countries”, Richardson says.
But for most Albanians leaving for Germany there is disappointment waiting at the end of the road. There is almost no chance that an application for asylum in Germany will be successful. In September Chancellor Angela Merkel declared that Albania is to become a safe state of origin, which makes it even harder for Albanians to be granted asylum. German representatives in Albania are actively discouraging people from trying to get to Germany. “In the western Balkans have been trying to explain to the people in Kosovo, Albania, Serbia and Bosnia-Herzegowina for a few months now that they have almost no prospects of being granted political asylum in Germany”, said Martin Schäfer of the Foreign Ministry at a press conference in September. “We are explaining to them that they run the risk of being sent back to their home countries quickly.” Only those who can prove that they are being politically persecuted have a shot at being granted asylum. For Albanians that is rarely the case.

The German embassy in Tirana has run campaigns in high-selling national newspapers to inform the people that their chance of being granted asylum is almost zero. The ambassador has travelled to places where a lot of people are leaving to speak to them directly and advise them to stay. At the same time though, shady people are offering to take people from the remote villages to Germany by bus – for a lot of money, of course. And they are successful. Because despite everything Germany is still a dream of many Albanians. Including Dimitri.